Woodbury Studios are set in the beautiful Hertfordshire countryside, located within easy reach of London, the M11 and Stansted Airport. We are delighted to offer our newly designed and built studios, equipped with world-class recording equipment to suit a wide range of clients.

Our professional and relaxed atmosphere will ensure you get the results you want at a price you can afford. We look forward to discussing your needs further.

Early years
Ross’ formative years were spent training and then working internationally as a professional dancer and singer. He has worked extensively with Kylie Minogue appearing on ‘An Audience With Kylie’, TOTP Awards, MTV Awards, Brit Awards, Smash Hits and the ‘Jay Leno Show’ in Los Angeles. Other appearances include Cliff Richard’s ‘Millennium’ and ‘Route of Kings’ concerts, with Geri Halliwell, ‘Children in Need’, ‘A Star for a Night’ Final and major car launches in Cannes and Monte Carlo. Choreography includes Herbal Essence, the Sista Style Trade show and Panasonic in Dubai.
Passing on his skills training others in street jazz, hip hop, tap and singing at Makin Steps Performing Arts School, Harlow and at Mountview Academy of Theatre Arts in London, Ross continued pursuing his passion for all things audio.

Working from his first acoustically treated project studio he constantly appraised its capabilities and for its superior audio flexibility, Ross operated using Protools 5.0 LE using Digidesign’s 002 interface whilst continuing to use Cubase VST for midi sequencing. He established close working relationships that continue today with a wide number of professional session musicians, regularly contracting them for a variety of projects.
Commissioned by CYP (Children’s Audio Publishers), he produced the music for ‘Times Table Challenge’ – a CD and dance mat that is currently on sale on iTunes, Amazon, of which continues to be a best seller in Early Learning Centers worldwide.

Musical Directing
A regular and often sought after Musical Director his early recording projects included the vocals for the acclaimed pantomimes at The Playhouse Harlow’s starting with Robin Hood back in 2001 and continuing for a number of years. Rhodes Pantomimes now regularly uses Ross and Woodbury for their acclaimed productions – WhatsOnStage.com gave last year’s Cinderella 4/5 stars in 2012/13.

Ross went on to produce and arrange a ‘Broadway Showcase of Song & Dance’ for the ‘International Shopping Festival’ in Dubai.

Ross’ musical production for Makin’ Steps (a Performing Arts School that is celebrating its 30th year next year) has led to all their shows being 100% live. Other productions include, ‘Live at Her Majesty’s’ in London’s West End, To the Limit and ‘25’.

Ross was proud to produce in 2012, in celebration of the Queen’s Diamond Jubilee, a live concert spanning the decades in music – 183 songs in total in six medleys covering rock ’n’ roll, funk, soul, disco and pop hits. With a fully orchestrated band and choir of bv’s - a show that MP Robert Halfon described as “creative genius”. The high quality of performance is so that Makin’ Steps and Ross’ vocalists regularly provide bespoke and highly successful events and entertainment packages from ‘turning on the Christmas lights’ to higher profile charity football fundraisers. Coming up in July they are opening and closing a live music event at the Indigo in London’s 02 arena.

Ross’ keen ear for spotting new and potential talent makes him no stranger on the judging circuit, regularly travelling across the region for ‘Teenstar’, ‘Britain Does Variety’ and the up and coming series of ‘Open Mic UK’, Linkfest’s ‘Battle of the Bands’ and ‘Make your Move’ for the Red Cross.

The Studio
Passionate about the end result and forever a perfectionist inside the control room, the construction of Woodbury Recording Studios was executed with precision detail. To get the sound quality and finish that only he would be satisfied with, Ross project managed the two-year build whilst juggling his busy schedule in a temporary studio. Completed in 2011 the studio’s activities have been rapidly expanding with both new and regular clients and projects.

Ross records demos for solo performers (from classical to rap, rock & pop to current West End artists) and bands, for any age and ability and also offers vocal coaching and piano lessons.

Being an ex-dancer, Ross’ knowledge was a huge asset when it came to recording the taps and editing the music for the prestigious ‘Stella Mann’ college and their tap/street fusion performance for ‘Move it 2013’, the UK’s biggest dance event held at London’s Olympia this year attended by over 20,000 visitors.

Ross wrote and produced an internet campaign for the buggy brand ‘Quinny’ and to advertise their new Moodd model. Working closely with the marketing team to create “Walk this Way” – a track that could be downloaded and a routine choreographed by real life parents with a chance of winning one of The Quinny Mood range of buggies.

Co-writing with accomplished musician turned singer/songwriter Michelle King, Ross recently produced her much anticipated EP “Love is” aimed at raising funds for Alzheimer’s Society and Macmillan Cancer. The tracks have already been given airplay in the UK and over in the States and Michelle, keen to spread the message, is being snapped up for interviews with them left, right and centre. The EP has been released under the banner of aRTy Records Ltd, the studio’s independent sister label. Other charity work includes a CD for ‘The Homestead Trust’ supporting ongoing work with Children’s Orphanages in Swaziland.

Also signed to aRTy are Logan’s Station, the Americana influenced country/rock band, who have also released their debut EP under aRTy – The Clever One – the culmination of some great studio time at Woodbury – perfecting their blend of tender moments combined with their tongue-in-cheek wit.

From the early stages of production, listening to the artist’s original vision, seeking to nurture each individual’s sound is essential to Ross in a bringing one of Woodbury’s projects to fruition. aRTy Records also has its own publishing arm, WRS Publishing Ltd.

Not looking to redefine aRTy’s artists (liking them just as they are!) it supports and develops their professional careers. aRTy’s aim is purely, to create and release original, first-rate music recorded with imagination and integrity.

Voiceover work is a regular aspect at the studio, from recording for established voiceover artists to business coaching CDs, the studio produces vocals for animatronics and live productions/shows for regular client’s including ‘Willows Farm Village’ and as far afield as Canada,

Most recently, Ross was contacted by Fox Studios in California, leading to the recording of Mila Kunis as Meg for six episodes of ‘Family Guy’ whilst she was in the UK filming her latest feature ‘Jupiter Rising’. Whether it’s a Hollywood A-lister, or an up and coming local act, it’s always been his aim to offer the artists the highest quality result, in a comfortable and relaxed environment.

Ross’ diversity means that he hasn’t been stuck in any particular musical genre and he is able to approach every project with fresh creativity, whether it be producing a fully instrumentalised bespoke track, recording bands and choirs, established or otherwise or creating unique arrangements and harmonies for a solo artist. Whatever your requirements or wishes Ross will work closely with you to bring what you envision to reality. He knows the next 20 years will be as exciting as the last.

Simon is an internationally recognised Professional Sound Engineer. Working across all areas of Pro Audio but better known for his work in the music industry, he has a unique, high level of experience. He is recognised for his outstanding talent in the understanding of sound and marrying it to the application. With a musical ear, good interpersonal skills and a vast experience of a range of equipment backed by good scientific knowledge, Simon has become a well-trusted engineer by many high calibre artists and clients.

From early in his career, he has been managing full-scale, commercial recording facilities and live music venues both in the UK and in Cyprus. Having been in the industry for a decade now, he spent his first years at High Barn in Essex before moving to City Studios in Cyprus, one of the largest facilities in Europe, as the Senior Engineer.

His experience embraces a diverse range of music genres, from pop through to traditional music, and he enjoys working with a diverse range of artists. Employed as a reviewer for several international publications has allowed him to experience a range of equipment and facilities. He covers all aspects of successful production by combining a sensitive ear with the technical skills to work with musicians, mix and produce a winning result.

Simon’s success is built from his passion for great sound. He has been fortunate to learn everything he knows through working on the job beside some top producers and leaders in the industry. His approach towards projects comes from an understanding of what he wants to achieve and hear, and then utilising technology to find the best result possible. An intense decade of dedication to the industry has lead to working on anything from local projects that interest him to names such as; Mila Kunis, Matt Cardle, Lucie Silvas, Sam Brown, Ralph McTell, Paul Jones, Christos Dantis, David Lynch, Peggy Zina, AM Sniper, Anna Vissi, Fox TV, Audio Network, winning Greek X-Factor singles, Eurovision entries and many more.

Currently, Simon is based in the UK working freelance and can be contacted for anything to do with audio and music. He is predominantly based at Woodbury Recording Studios in Hertfordshire, close to London (www.woodburystudios.co.uk). Simon was put in touch with studio owner/producer/engineer, Ross Simpson, through a common professional friend Nigel Palmer from Lowland Masters (www.lowlandmasters.com) Having already completed many works at the studio, Simon enjoys working with Ross, feeling confident and at home in a studio he knows well.

Lowland Masters is our recommended mastering studio, and is owned and run by Nigel Palmer. Nigel has been a sound recordist and producer since the early 80s and a mastering engineer from 1995. He has a wide experience of musical genres and formats, and regularly works with both household names and unsigned artists.

The mastering studio is a purpose-built facility in Essex not far from Woodbury Studios and has been praised for its accurate and neutral acoustics. The analogue and digital equipment used is world-class, providing a range of approaches to suit the music being worked on and the creation of a master for CD production and digital distribution. 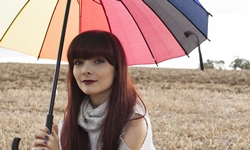 Please click HERE for "Make You Feel My Love" and HERE for "Natural Woman". 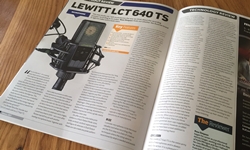 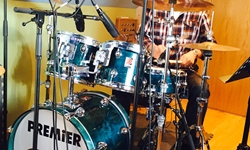 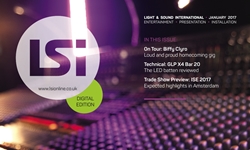 Check out the latest review in LSI Online magazine this month written by our mix engineer, Simon Allen - Sound Engineer. His brilliant article is about the latest advancements in live sound technology, with help from Chris Dunkin, Graham Naylor and Rob Waite.

We're so proud that the cover page photography of the incredible Midas XL4 analogue desk (and iPad)! was taken by us at Woodbury Recording Studios.

Thank you to the team at Entec Sound & Light for giving up there time and allowing us to photograph their desk!